I recently spent some time researching all about Memorial Day. What is the true meaning of this day? How does it differ from Veterans Day? Why is the red poppy is a traditional symbol? Inspired by what I read, I created two FREE Memorial Day Printables. You can download and color with the kiddos as you discuss this most important of holidays.

When is Memorial Day? Observed the last Monday of May to honor the men and women who have died while serving in the military. In 2020, it will be observed this coming Monday, May 25th.

What’s the difference between Memorial Day and Veteran’s Day?

On both Memorial Day and Veterans Day, it’s customary to spend time remembering and honoring those who have served the United States throughout the country’s history. However, there is a distinction between the two holidays:

Memorial Day commemorates the men and women who died while in the military service of their country. Particularly those who died in battle or as a result of wounds sustained in battle. Memorial Day is to memorialize the veterans who made the ultimate sacrifice for their country.  We spend time remembering those who lost their lives and could not come home. Reflecting on their service and why we have the luxury and freedom that we enjoy today. We might consider how we can support and safeguard their grieving families and loved ones who are left behind.

Remember to raise the flag with honor and respect! See guidelines for flying the American Flag from the Farmers Almanac.

Traditionally, on Memorial Day in the U.S., people visit cemeteries and memorials, and volunteers often place American flags on each gravesite at national cemeteries.  A national moment of remembrance takes place at 3:00 p.m. local time.

The custom of honoring ancestors by cleaning cemeteries and decorating graves is an ancient and worldwide tradition, but the specific origin of Memorial Day—or Decoration Day, as it was first known—is unclear.

In early rural America, this duty was usually performed in late summer and was an occasion for family reunions and picnics. After the Civil War, America’s need for a secular, patriotic ceremony to honor its military dead became prominent, as monuments to fallen soldiers were erected and dedicated, and ceremonies centering on the decoration of soldiers’ graves were held in towns and cities throughout the nation.

After World War I, the day expanded to honor those who have died in all American wars.

No less than 25 places have been named in connection with the origin of Memorial Day, and states observed the holiday on different dates. In 1971, Memorial Day became a national holiday by an act of Congress, and it is now celebrated annually on the last Monday in May.

Why is the Poppy flower the Symbol of Memorial Day?

In the war-torn battlefields of Europe, the common red field poppy was one of the first plants to reappear. Its seeds scattered in the wind and sat dormant in the ground, only germinating when the ground was disturbed—as it was by the very brutal fighting of World War 1.

John McCrae, a Canadian soldier, and physician witnessed the war first hand and was inspired to write the now-famous poem “In Flanders Fields” in 1915. He saw the poppies scattered throughout the battlefield surrounding his artillery position in Belgium.

The wearing of the poppy was traditionally done on Memorial Day in the United States, but the symbolism has evolved to encompass all veterans living and deceased, so poppies may be worn on Veterans Day as well. Not long after the custom began, it was adopted by other countries, including Canada, Australia, New Zealand, and the United Kingdom, where it is still popular today. In these countries, the poppy is worn on Remembrance Day (November 11).

Today, poppies are not only a symbol of the loss of life but also of recovery and new life, especially in support of the servicemen and women who survived the war but suffered from physical and psychological injuries long after it ended.

The origin of the red poppy as a modern-day symbol of Memorial Day was the idea of an American woman, Moina Michael.

On Saturday morning, November 9, 1918, two days before the World War I Armistice was declared. Michael was on duty at the YMCA Overseas War Secretaries’ headquarters in New York. A young soldier passed by her desk and left a copy of the Ladies Home Journal. In it, she came across a page with the poem entitled We Shall Not Sleep. This was an alternative name sometimes used for McCrae’s poem.

She made a personal pledge to “keep the faith.” She vowed always to wear a red poppy of Flanders Fields as a sign of remembrance. Compelled to make a note of this pledge she scribbled down a response on the back of a used envelope. She titled her poem We Shall Keep the Faith.

Michael then had the idea to create an emblem of Remembrance using the red Flanders poppy. She dedicated her life to have this emblem recognized by governments, veteran agencies and the public. She continued with the project for the next 26 years until her death in 1944. Becoming affectionately known as the Poppy Lady.

We Shall Keep the Faith

Oh! you who sleep in Flanders Fields,
Sleep sweet – to rise anew!
We caught the torch you threw
And holding high, we keep the Faith
With All who died.

We cherish, too, the poppy red
That grows on fields where valor led;
It seems to signal to the skies
That blood of heroes never dies,
But lends a lustre to the red
Of the flower that blooms above the dead
In Flanders Fields.

And now the Torch and Poppy Red
We wear in honor of our dead.
Fear not that ye have died for naught;
We’ll teach the lesson that ye wrought
In Flanders Fields.

We Remember the Heroes FREE Printables

WE REMEMBER THE HEROES FREE PRINTABLE by CREATIVELY BETHDOWNLOAD NOW

THANK YOU to the Fallen

Memorial Day isn’t just an opportunity for a barbecue or beach trip. It’s a day honoring American soldiers who made the ultimate sacrifice for their country.

I would like to say thank you to those men and women who paid the ultimate price. We will always remember the sacrifices of our nation’s heroes. I am deeply grateful that we are the Land of the Free because of the Brave.

Land of the Free because of the Brave FREE Printables

Print this FREE Memorial Day Printables file by clicking the DOWNLOAD NOW button below this photo. I would recommend coloring with Tombow Dual Brush Pens or Tombow 1500 Colored Pencils.

In remembering the fallen, we also honor their loved ones: spouses, fathers, mothers, sons, daughters, sisters, brothers, friends. There really aren’t proper words. I live in gratitude each and every day for the precious gift that they have given to all of us. This quote “Land of the Free because of the Brave” has always been a favorite of mine and I was honored to create a pair of printables.

During Memorial Day weekend, we can also enjoy the extra time spent with family, sharing a meal.

If you’re planning a backyard barbecue or a picnic, here are some of my favorite recipes from my foodie blogger friends:

How do you celebrate and honor the memory of veterans on Memorial Day? Tell me your traditions in the comments below. 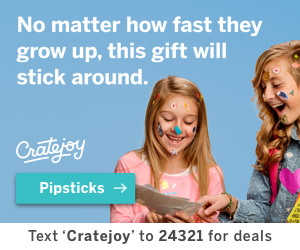